A company based in Middleton, R.I. is making big strides to beat COVID-19 by manufacturing helmet-based ventilation units – with production and shipping expected after the Easter weekend.

“I’m thrilled this type of treatment is finally being considered seriously in the United States,” Michael Lombardi of Lombardi Undersea LLC., said about the systems.

Lombardi is a diving consultant, undersea specialist, and diving technologist specializing in cross-bridging tools and techniques from both scientific and industry sectors for creative underwater problem solving. He is the proprietor of Lombardi Undersea LLC., a 20-year-old enterprising undersea consultancy and support service, providing solutions for the routinely simple to extremely complex problems that often require technical human intervention. 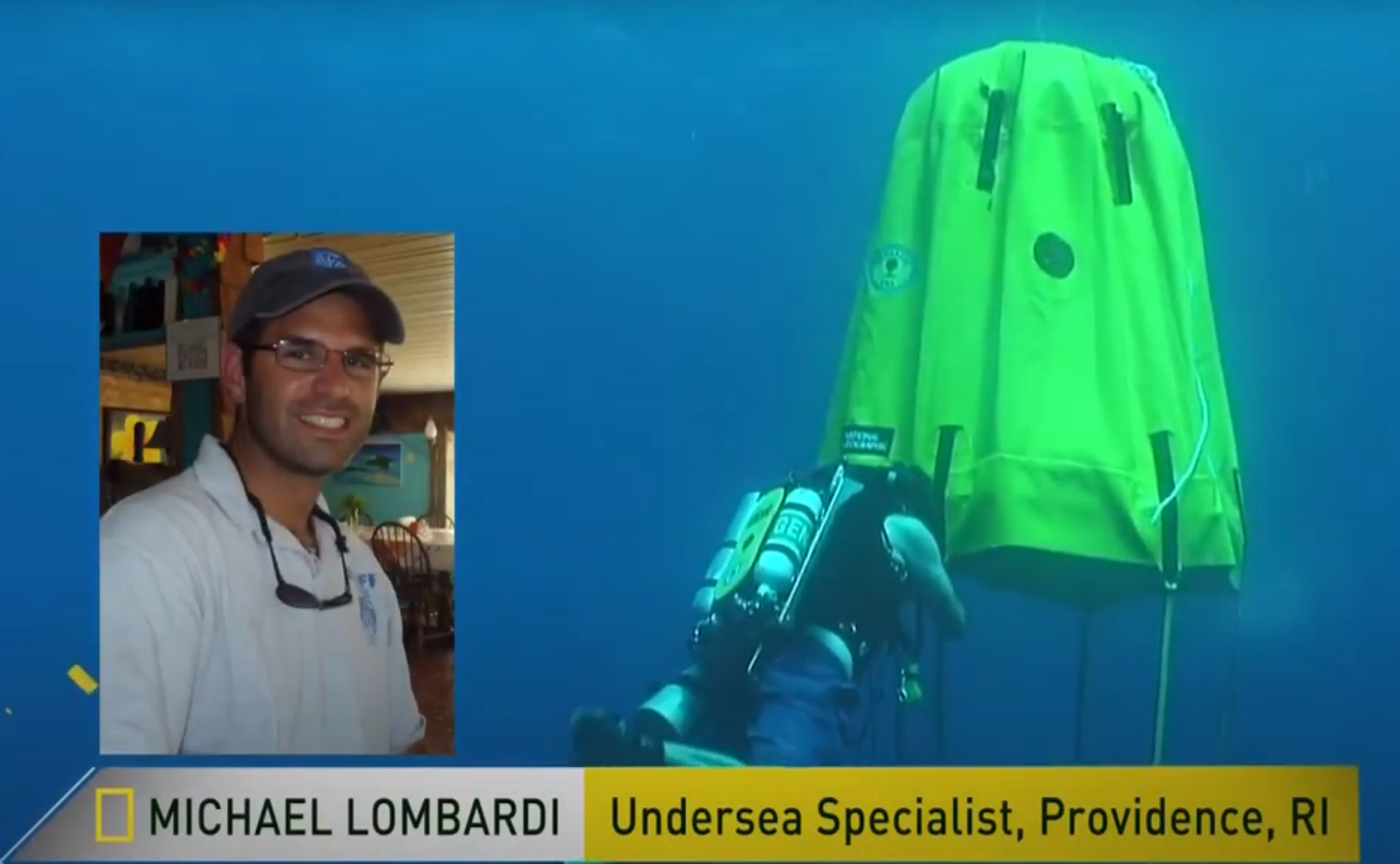 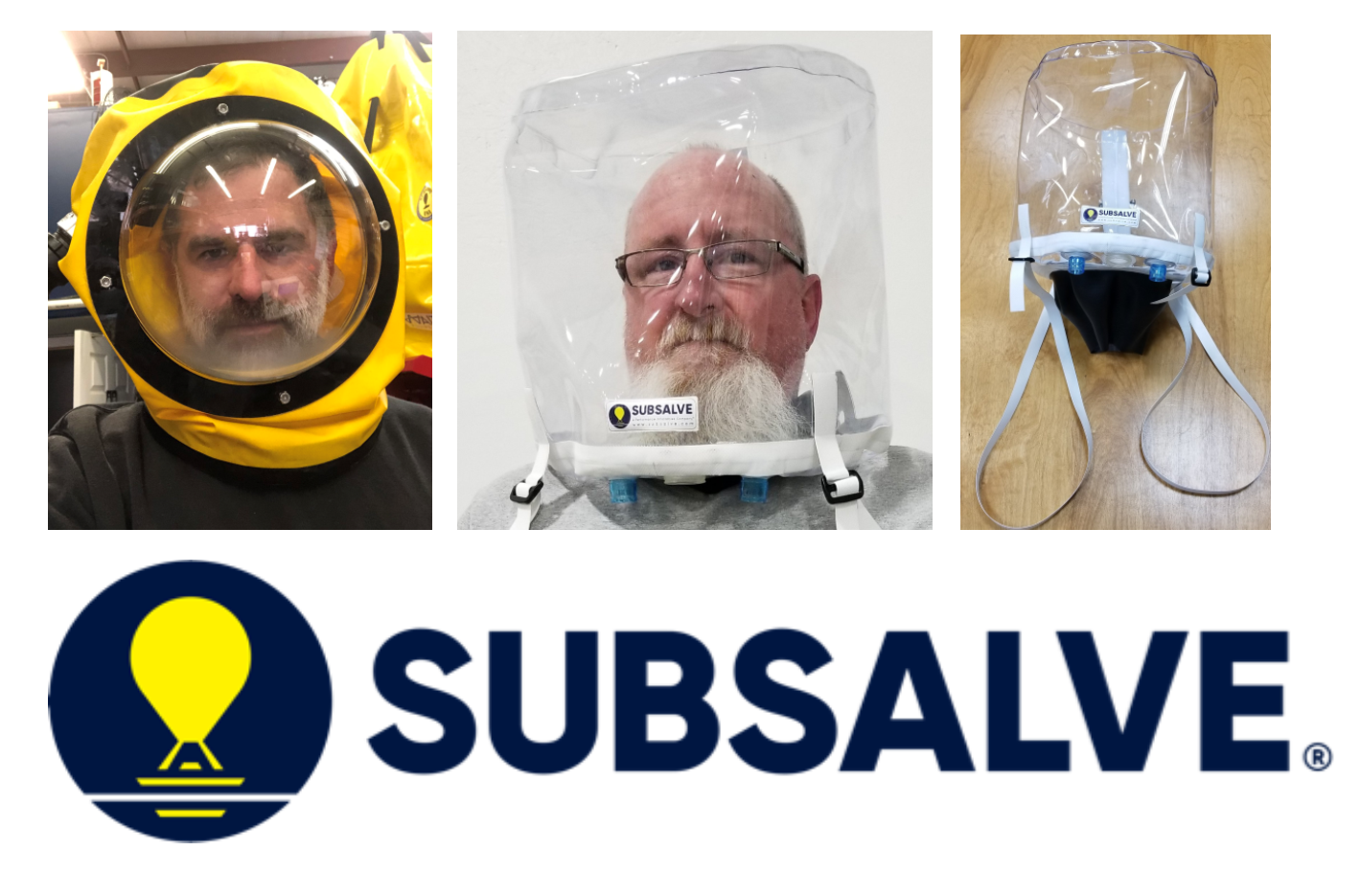 Lombardi in partnership with Subsalve USA has been developing a prototype of the helmet-based ventilation system which will be capable of mass production in a short time. The company shipped a small number of prototypes to several physicians throughout the country – including Mt. Sinai Hospital in New York City.

"I am a diver/diving technologist by trade, so I knew of the hoods very generally as they are used in hyperbaric medicine. I didn’t connect that with COVID response until about 2-3 weeks ago. We move quickly!" Said, Michael Lombardi

The helmets have not yet been tried on patients, but physicians are pleased with the design, Lombardi said (on 4/10).

They’ve been happy with the port positions and feel of the material,” In some ways, I’ve then been working on oxygen hoods for almost a decade! Lombardi said.

“My understanding is they’ll be running some sort of controlled study for non-invasive dare’s this weekend – so we’re expecting to see it put to work before the next couple days,” Lombardi said in an interview with Aurika Savickaite, and David Lukauskas, founders of www.HelmetBasedVentilation.com.

“Actually, we took our first significant order (April 9) through the Rhode Island Emergency Management Agency for 1,000 units,” Lombardi said. The units will be used in the state’s largest hospitals, including Rhode Island Hospital and The Miriam Hospital.

Lombardi also sees the helmets being used in locations – like convention centers – being repurposed as hospitals during the COVID-19 crisis. Using supplemental oxygen with the hoods will help make the helmets field-usable, as well, he said.

The challenge is streamlining the design for mass production, Lombardi said.

“In our case, we work with materials that are all (radiofrequency) welded,” he said. “We have large format machinery that cuts patterns – precision cut patterns – so every unit is identical.”

This format provides a couple of advantages, Lombardi said. There is no risk of leaking of the component isn’t fitted properly to the ring, and the helmet is made from a soft, flexible material.

“You can recline back, rest your head on a pillow, or on a bed, and there are no rigid parts digging into your neck,” he said.

The size – about 12”X12” – is comparable to other helmets – and the optically clear material provides a clear field of view for the patient, Lombardi said. The helmet using the same connectors to make them universally, FDA approved fits for ventilation hoses.

The prototype also includes a couple of added features.

“The inlet and outlet extend up into the helmet about an inch, the thought process being so if there is any cooling of condensate or phlegm or whatever inside the helmet, it’s not going to make its way back into the hood,” Lombardi said. “So, we’re pretty excited about that feature.

The one-piece design means less chance of any pieces to get disconnected and scalable features for mass production are important features, as well, Savickaite added.

The pre-production design has been finalized, and Lombardi expects to be able to manufacture 200 units per day within the coming week – and has enough materials on hand to produce 10,000 units.

“Generally, we’re pretty excited, given the type of equipment that we’ve done in the past, this is actually a pretty simple product,” Lombardi said. “We have extremely high confidence that we can deliver.”

“I want, nationally, people to realize is that nothing happens overnight, so, while yes, we can build 10,000 units, and we’re ramping up hopefully be able to do 1,000 units a day … there’s still a ramp-up period,” he said.

“We’re not just dependent on our production capabilities but also our supply chains,” he said, noting business closures may present some limitations. The company is researching other material sources, he said.

“I don’t foresee a major shortage in the near term,” Lombardi said. “But I have to have realistic expectations, that if places are anticipating putting this treatment to work within the next month …. We need orders – like serious commitment orders today.”

The company already is making – and filling orders – which Lombardi expects to be sent within the next week or two. As the company works to fill orders, Lombardi said they are getting feedback from physicians at ways to improve upon the design, including adding a larger access port that could be used for oral medications.

The plan is to first focus on distribution in the United States but may work with countries overseas who could help produce and/or distribute similar products, Lombardi said. The goal – and challenge – is to reduce as much shipping contact as possible, Lombardi said.

Lombardi said there might be some cosmetic adjustments as the process continues, but nothing that would affect the ultimate result – saving lives.

Hospitals can place their orders here.

I’ve been among the very few leading the pack for what we call ‘technical diving’ within the scientific community. This involves using novel technology and techniques to permit deeper diving to advance scientific investigations. We’ve been at it since 2002 with work supporting federal agencies, various universities, and private firms. In 2010 and 2012 I was funded by the National Geographic Society to carry out a series of highly experimental deep dives (to 130 meters depth).

We did lots of great work – discovered a new species of fish which is archived at the American Museum of Natural History in NYC, collected and provided novel biologics for natural product discovery which includes a potent anti-leukemia extract, and other natural history documentation. Most importantly was realizing the practical physiological limits for people to dive wet and subject to pressure (not protected by a submarine), and similar technological limitations. To remedy that, we prototyped a portable inflatable habitat – basically an underwater tent. The purpose of the tent was to provide an underwater refuge for the divers where they could be ‘dry’ while decompressing for lengthy periods of time at the end of a deep dive. This dry space is far more relaxing than hanging on an anchor line – we can eat, sleep, read a book, and so on. We deployed this experimentally in 2012 in the Bahamas, then again in 2015 in Hong Kong. Development continued in the field of life systems engineering such that we could maintain the inflated space’s atmosphere for human occupancy. I patented the technology in 2018 in partnership with New York University’s College of Nursing.

My colleague on the patent, Win Burleson, was at MIT and his PhD advisor was Ted Selker. So through casual discussions, my colleague learned that the Selker’s were looking for companies to ramp up. After speaking with the Selkers a few weeks ago, it dawned on me that these hoods are essentially just a miniature version of our underwater habitat – same materials, same manufacturing process, very similar life support concepts. So, it was a fairly seamless pivot from underwater tech to respiratory tech. In some ways, I’ve then been working on oxygen hoods for almost a decade! Our manufacturing partner for the hoods, Subsalve USA, is the company that did some initial prototypes of our underwater tent, so very familiar with this type of manufacturing process. The other linkage to medicine and respiratory care is a project I coordinated from 2004-2007 that we called ‘Diving a Dream’. This enabled the lifelong wish of a fellow named Matt Johnston to go diving. The challenge – he has Duchenne Muscular Dystrophy and is vent dependent with a trach, and full quadriplegic. With Matt, we figured out how to manipulate a ventilator to supply him with breathing air underwater. He is still with us, and a living legend, and a really smart guy. Matt is my key advisor for all things ventilator related. The project was featured on NBCs Today Show.

Infographic about how the helmet based ventilation works

Oxygen Tent Designed From the Heart by Laser Company